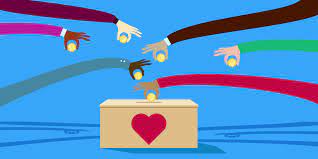 We love our couples and we want to see more of you
(Yeah like that as well! 😈 )

No matter which way you slice it, everyone loves seeing more couples at the club on any given night, and we agree! Let’s get our weekends jumping again. I have decided that until further notice couples on BOTH Friday and Saturdays will be donation! That’s right come in on the weekend couples and it is PAY WHAT YOU CAN ALL WEEKEND! (Couples only)

You still need to maintain your membership, need to renew? Click here to go to the club membership payment center. 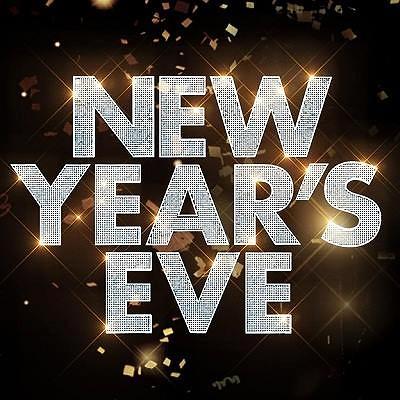 It’s BIG PARTY WEEK at Club3X!
We are open 4 days this week with three of those being on the weekend. These will be the LAST 4 PARTIES for 2017.

WEDNESDAY December 27th 2017 “HUMP DAY” – We will warm up the week starting with our Wednesday HUMP DAY party. Just a midweek get out to come and socialize, have a few drinks and who knows? We open at 7:30 today and will run into midnight. Free memberships and renewals today for expired memberships.

FRIDAY December 29th 2017 “COUPLES INTO SINGLES – BUFFET INCLUDED” – This party is always a great party full of fun people, great times and hot food! Or is that hot people great food and fun times? Oh well you get the idea this party is what you make of it and we get the largest attendance at our Friday fun fests regardless of what you are into. If you are a single guy this is the party you never want to miss! Free memberships and renewals today for expired memberships.

SATURDAY December 30th 2017 “HEF & BUNNIES PARTY – Pay What You Can Party” – In honor of the late Hef and his bunnies we are having a fun themes party where the guys come dressed as Hef and the ladies come as his sexy bunny and hey if you have more than one bunny like Hef did then bring them all.

And then there is the BEST PARTY OF THE YEAR
CLUB3X NEW YEARS EVE BASH 2017!

SUNDAY December 31st 2017  “NEW YEARS EVE BASH 2017 CLUB3X” – It is the party of all parties and the last party of the 2017 year as well as the first party of 2018 at Club3X and you do not want to miss it! We will be having a great food buffet as well as awesome giveaways and door prizes. Champagne toast at midnight for all. We will have the ball drop on the TV going also to bring in the New Year. Last years NYE party was epic and EVERYONE in the club was naked after Midnight, the ball fell and so did everyone’s clothes, lol. 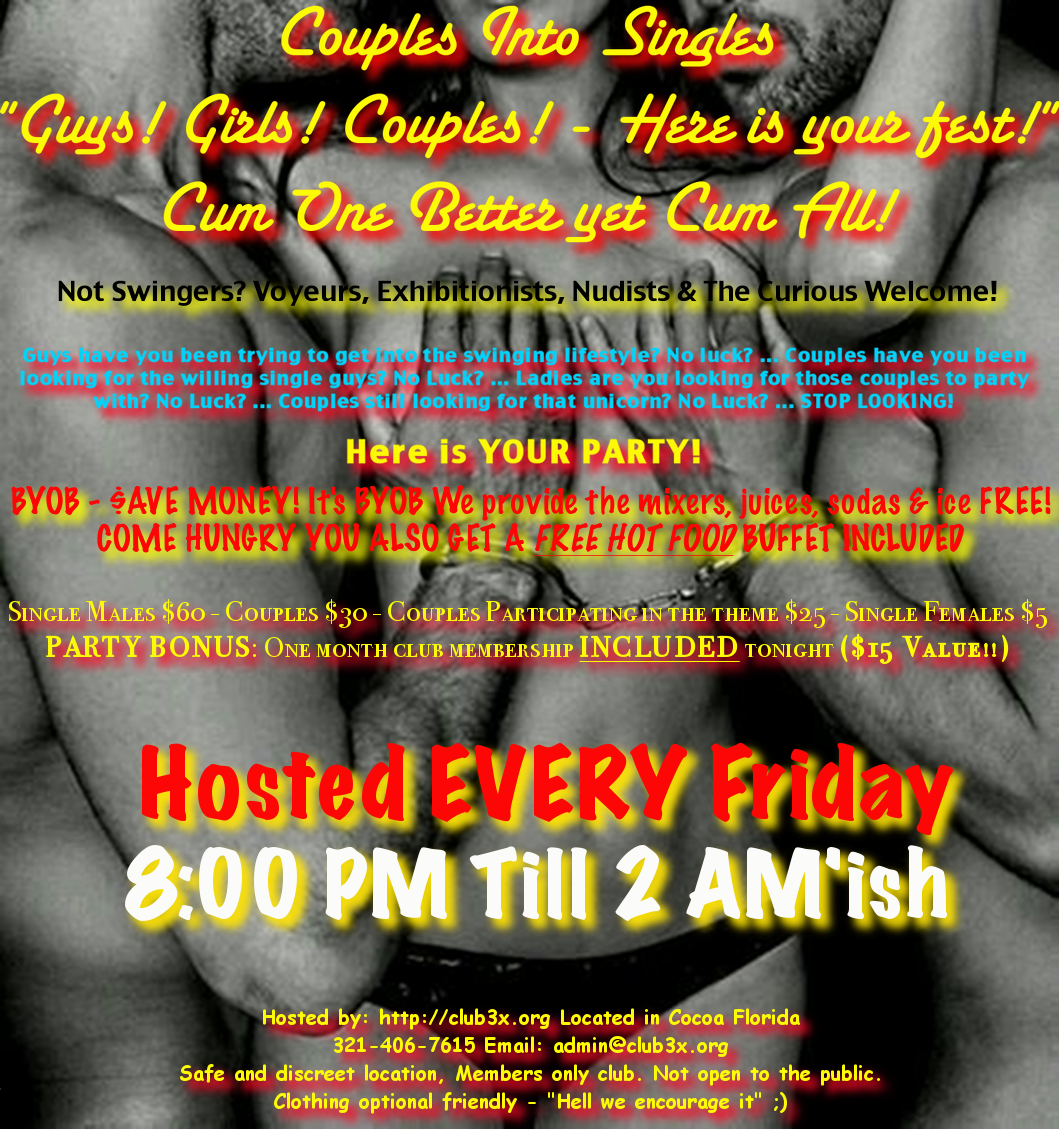 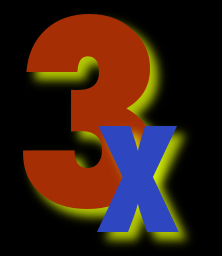 The burning question is “What’s cooking for this weekend”? The short answer is LOTS! The long answer is we have two parties this weekend and both parties are going to include lot’s of fun, fun, fun and a nice hot meal to go with that.

FRIDAY December 22, 2017 – Our famous “Couples into single guys“ bash is happening from 8PM till 2AM’ish and this is an awesome party that is always packed with plenty of hot sexy fun to go around.

SATURDAY December 23, 2017 – It is our second annual “Christmas Party – Christmas Dinner -Toy Drive” and this is also one of our “Pay What You Can Parties“. This will be a regular party with a Christmas theme so dress in your favorite festive clothing. We will be serving a Christmas dinner buffet and we also urge everyone to bring a dish to put on the dinner table (Optional but appreciated). We will also be taking in toys for the toy drive, so if you can bring a toy for the toy drive.

MENU: Saturday we will be serving a whole turkey to carve up along with mashed potatoes, gravy, dressing, sweet potatoes, green bean casserole, fresh-baked bread and whatever you bring along to share! It’s going to be a GREAT meal, party and of course GREAT PEOPLE!

Also don’t forget that New Years Eve is right around the corner and YES WE ARE OPEN and we are hosting our second annual New Years Eve Party! Last year was a blast and after midnight there wasn’t one person in the club wearing clothing, lol! We will also be doing a nice dinner for NYE party and would like it if you could RSVP please. 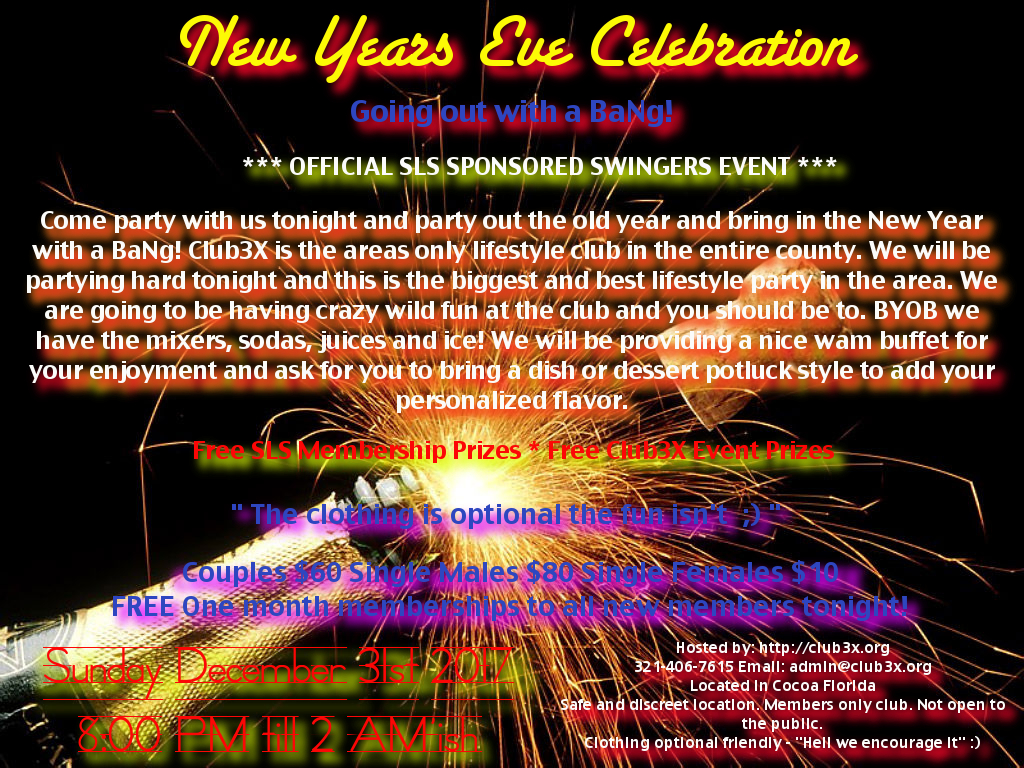 We started this party theme at the end of 2016 and it is still running strong as ever! Fridays continue to be our BEST night for attendance and action! The theme of these parties are of couples as the title says, “Couples into single guys” which draws in the couples who love to play with single guys and of course the single guys who want some HOT couple action. But what we have been seeing is people who are not into this theme are starting to love attending these parties for there own agenda. Understand that most couples who play with single guys also play with couples. We get couples who come just to watch the action, couples who want to put on a show, watchers, etc… Each and every time the parties are awesome! We always have fresh people at these parties both single guys and couples alike. We are even starting to get some single females coming in to these (Ya, never count on that though lol). Our low attendance numbers have been in the 30’s with it peaking near 60 people at these parties.

Is it a sausage fest? Well isn’t that what it is supposed to be? Lol. But in reality our ratios of single guys to couples have been great! We end up having more couples always than single guys. But there are still plenty of single guys to go around!

I don’t want to be hassled by single guys! Don’t worry it hasn’t happened yet. We ask all couple who check in if they are participating or not. If you are participating you are given a glow band to identify you as being a participant. When we check in the single guys we instruct them to not bother anyone who doesn’t sport a glowing wrist band unless they speak to them first.

Hey, I am a single guy and don’t think it’s fair you are charging US more for this event!

Can I find any BBC there? History so far has showed there has always been BBC at these parties so far! With this being mentioned do not forget we have our BBC parties as well!

When is the next event? Be sure to check our event listing here!

Feel free to post comments in this blog section for this party theme!

YOU ARE MISSING OUT!

Do not miss out and be sure to create your account here on our website. You are only seeing the surface of information here. Once you create an account there is more to see that you can not see now. We have personal adds, community activity much like Facebook, groups, photos, videos, etc… Use our site to network with others. Best of all its included in your membership! Create your free account today!

I am currently working on changes and enhancments to the website. You will see more and more features added. Our site will mimic the Facebook format but you are not censored here and a free to express your self without censorship.

Club3X is such a fun place to hang out and meet new friends! This has become my lifestyle club of choice, and it’s so much fun!! It’s always clean and inviting, lots of fun people to meet and check out! If you are looking for a great place to party and have a lil or a lot of naughty fun, come and check it out…you won’t be sorry!!

Been a member for over 3 years. Rarely have a disappointing experience. John is a very gracious host and makes everything more than comforting.. Never a safety issue! If you’re ever in the area and in the lifestyle or just wanting to be around sum good people without any inhibitions.. I urge you to check it out!!

I always have fun when I come here despite whatever situation comes up. This is in a safe place and you are safe while at the club and there is never a dirty spot. One of the best I’ve been to. 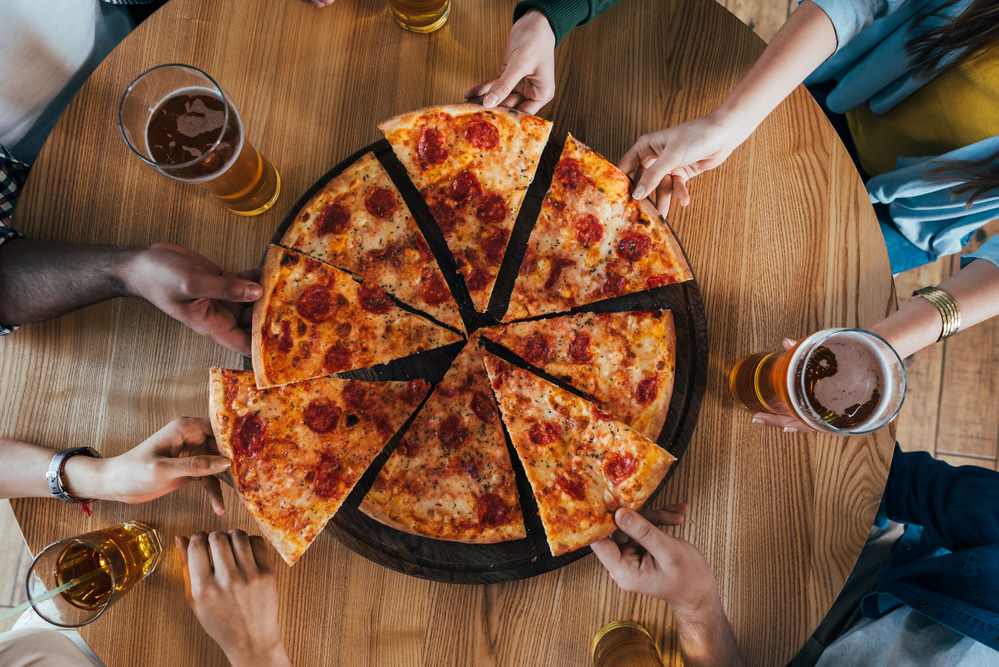 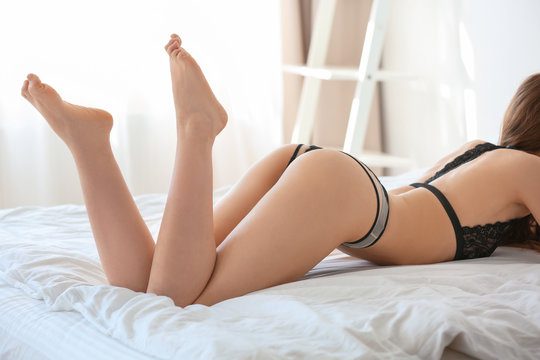 Sexy Saturday – Where all the SEXY people come play! 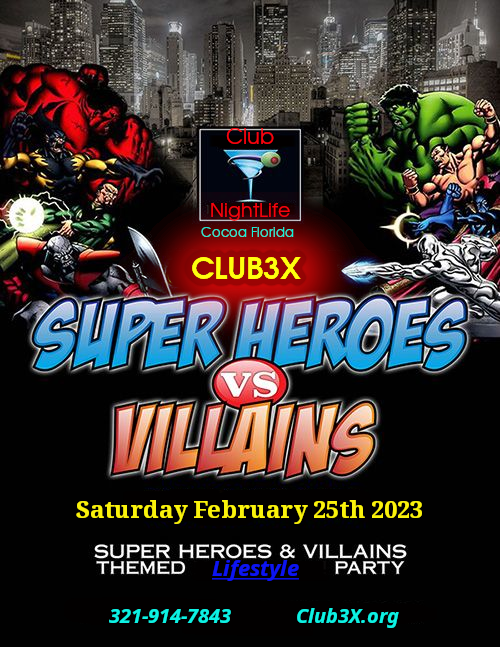 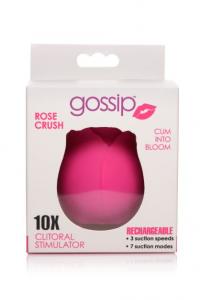